Take the first step towards Veganism on World Vegan Day, an annual event celebrated by vegans around the world on November 1st. We couldn’t think of a better day to share some of our thoughts around why you should consider switching your preferences.

The environmental impact of meat production

The environmentalists’ concerns about the meat industry are many. They say that growing grain to feed livestock uses vast amounts of water, fuel, pesticides and fertilizers. Deforestation occurs to create pastures and to grow soybeans (livestock feed). Vast tracts of rainforest in South America have already been cleared to create pasture for cattle. But when the soil is no longer suitable for grazing, it is abandoned.

The clearing of land also disturbs local ecosystems and leads to habitat loss and soil erosion. The methane and carbon dioxide emitted by livestock are major contributors to greenhouse gases and global warming. And animals raised for food produce large amounts of waste, which can pollute air and water.

Health benefits of a vegan diet

A vegan diet is often associated with being healthy, but there are plenty of other benefits that are often overlooked. For one thing, a vegan diet is environmentally friendly. The livestock industry is a leading contributor to greenhouse gas emissions, and growing crops for animals requires large amounts of water and land. By following a vegan diet, you can help to reduce your carbon footprint and protect the planet. In addition, a vegan diet is also humane.

Animals raised for food are often kept in cramped and unnatural conditions, and they typically have a short and miserable life. When you choose to eat vegan foods, you’re voting with your fork for compassion and justice. Of course, Veganism isn’t just about being healthy for the environment and animals- it’s also about being healthy for you. A plant-based diet has been shown to reduce the risk of heart disease, cancer, and other chronic illnesses. So if you’re looking to improve your health, going vegan might be the answer.

Factory farming has become the dominant form of animal agriculture in the United States, and it comes with a host of animal welfare concerns. The vast majority of farm animals are raised in conditions that fall far below the standards set by humane certifying organisations. For example, chickens are typically confined to cramped battery cages, where they can barely move or stretch their wings. Pigs are commonly confined to gestation crates so small that they can’t even turn around. And cattle are often kept in feedlots, where they stand knee-deep in their own waste.

In addition to the poor living conditions, animals on factory farms are also routinely subjected to painful procedures. For example, chickens’ beaks are burned off with a hot blade, and pigs’ tails are cut off without any pain relief. Cattle are regularly given hormones and antibiotics, and many are castrated without any pain relief. These practices are standard in the factory farming industry, but they would not be tolerated if they were taking place outside of agriculture.

Animal welfare concerns are just one of the many reasons to consider reducing your meat consumption. If you still do choose to eat meat, look for products from humanely raised animals to help support more humane farming practices.

In recent years, there has been a growing trend towards choosing cruelty-free alternatives to animal products. Animal welfare is an increasingly important issue for consumers, and as a result, many companies are now offering vegan-friendly options.

One example is dairy-free milk, which is made from plant sources such as almonds, soybeans, or coconuts. These milk alternatives are not only cruelty-free but also often more healthful than cow’s milk, as they are often lower in saturated fat and cholesterol. Another animal product that has seen a surge in vegan alternatives is leather. Companies are now using materials such as pineapple leaves, cork, and even recycled plastic bottles to create sustainable and cruelty-free leather goods.

As more consumers become aware of the ethical issues surrounding animal products, it is likely that the demand for these alternatives will continue to grow.

If you’re considering making the switch to a vegan diet or lifestyle, there are many things to consider. The environmental impact of meat production, the health benefits of a vegan diet, and animal welfare concerns are all important factors in this decision.

Luckily, there are many cruelty-free alternatives to animal products that can help you make the transition to a vegan lifestyle easier. At Hybrid Hippie, we are committed to manufacturing and stocking only 100% vegan-friendly and cruelty-free products.

If you’re looking for more information on veganism or want some tips on how to make the switch, check out our blog or The Vegan Society for more resources. 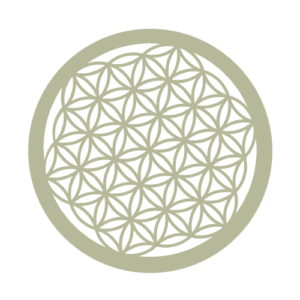